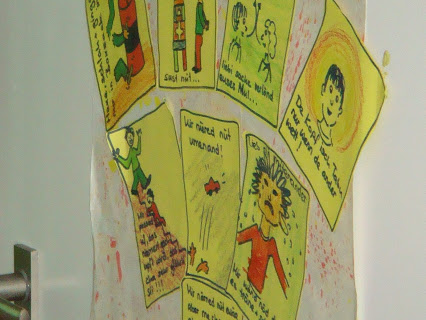 The Boys had been fighting and fussing and blaming each other for quite some time and I just about had it…
I understand that that is all part of being a child and growing up
after all somewhere they have to learn to be smarter and deal with a conflict
Since I was sure it was one of “these” days in a mothers life it was crucial to turn things around.
usually going outside for a brisk walk, making sports or just anything to get rid of the excess energy helps fine but there is just not always time to do so
So I decided to find a Story – we build a living room castle with towels and Curtains and then sitting in there with our flashlights on I told them a story about two kids fighting always and we imagined what would happen if they not learn it until they are adults and tried to come up with the wildest stories on how they could fight back with the growing options and possibilities they will gain growing up and becoming adults. it got quite scary but the kids loved it Later we started to thing about what rules and things those two boys then man should have learned so all of that terrible mess could have been prevented…
We thought of rules to learn and then painted them (the kids colored them I tried to draw) and made our own set of rules about Brotherhood

what started as “one of these days” ended in an experience no one would have expected and the rules decorated our house for a long time.
even today almost 7 years later I can remind them of the two man story and they know exactly what I mean
SOMETIMES WE HAVE THE GREATEST IMPACT IF WE JUST WANT TO SAVE THE DAY

Bringing light for Carole and her family despite the wheelchair

We love to interact with you!

For free counseling for those in need. Or for our different projects of "Bringing Light" - immediate help for people in urgent need around the world...
Tell us what to use your donation for in the field "purpose" when making the payment.
We promise: Not one penny of your money is used for fees, administration or anything... all goes directly to the person you offer it to!